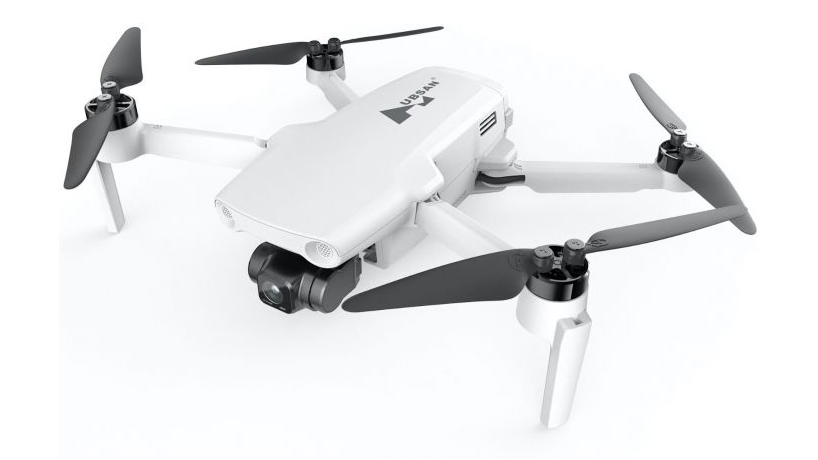 It looks like DJI might have some competition in the license-free (in many countries) sub-250g market. Hubsan has just announced their new Zino Mini SE drone and it looks quite impressive. It’s a clear response from Hubsan to the recently launched DJI Mini SE, and while it does cost slightly more than DJI’s drone, it offers some nice improvements.

The Hubsan Zino Mini SE shoots 4K video at 30fps (2.7K at 60fps), has a very impressive flight time of 45 minutes, weighs 249g and costs only $349. It also flies at up to 6 metres per second (twice as fast as the DJI MIni SE) and supports up to 6km of range with 1080p 30fps video transmission and even YouTube live streaming support.

Like the DJI offering, the Hubsan Zino Mini SE is a folding drone that packs up to a compact 137 x 94 x 61.6mm including the blades. This is a hair smaller than the DJI Mini SE, which folds up to 138 x 81 x 58mm, but it’s pretty close. Both drones have a take-off weight of 249g, meaning that that registration isn’t required in many countries.

On the front of the camera is a 3-axis gimbal that houses a 1/2.6″ CMOS sensor. They haven’t stated exactly what the sensor is, but it shoots 4K video at 30 frames per second or 2.7K at either 30 or 60fps. It also features a 3x digital zoom (although you’re usually better doing this in the edit) and a Night Mode feature to enhance low-light shots.

There doesn’t seem to be any mention of any kind of intelligent flight modes akin to the QuickShot modes that have made DJI’s consumer drones so popular. The Zino Mini SE does feature an AI tracking mode with the company’s ATVT 3.0 AI tracking algorithms, but whether you can do automated “Dronies”, orbits, etc. is unclear. I would suspect that the absence of such features means it doesn’t have the ability to do them.

Still, for $349, it’s not a bad looking little drone, especially with a 45-minute flight time and the ability to shoot 4K video. I did try to look on YouTube to see if there were any samples of footage shot with the camera found in the Hubsan Zino Mini SE, although I was unable to find any. So, we may find out that the camera is its Achilles heel. Of course, it might also be pretty good, too. I guess only time will tell as the drone gets into peoples hands and the footage starts to appear.

The Hubsan Zino Mini SE drone is currently available to pre-order on the Hubsan website starting at $349 for the drone with a single battery. Higher packages include the drone along with a bag and 2, 3 or 4 batteries are available for $415, $459 and $509 respectively.

The DJI Mavic Mini is official – It weighs 249g, shoots 2.7K video and has 30min flight time DJI’s Mavic Mini 2 shoots 4K, flies further and still weighs only 249g DJI Mini SE is a $300 drone that weighs 249 grams and can stay in the air for 30 minutes The Yuneec Mantis Q is a voice-controlled folding drone with 33 minutes flight time

John Aldred is based in Scotland and photographs people in the wild and animals in the studio. You can find out more about John on his website and follow his adventures on YouTube.

0 / 20
What do luminosity masks do in Lightroom and Photoshop?
Correct!
Wrong!

What does the shortcut X do in Lightroom?
Correct!
Wrong!

What is zone focusing?
Correct!
Wrong!

What settings does the camera’s Program mode figure out for you?
Correct!
Wrong!

What does the shortcut Ctrl/Cmd+R do in Photoshop?
Correct!
Wrong!

An aperture of f/8 is
Correct!
Wrong!

Which keyboard shortcut do you use to change the overlay grid modes in Lightroom?
Correct!
Wrong!

What is the formula of the Inverse Square Law?
Correct!
Wrong!

What does the lens compression do when you use a telephoto lens?
Correct!
Wrong!

What is the general rule for the shutter speed when filming video?
Correct!
Wrong!

When do you have to calculate hyperfocal distance?
Correct!
Wrong!

Who was the person who took the first photo ever?
Correct!
Wrong!

By the Sunny 16 Rule, on a clear, sunny day you should:
Correct!
Wrong!

What does the trichrome process allow you to do?
Correct!
Wrong!

Which one is caused by a rolling shutter?
Correct!
Wrong!

What do we call the phenomenon in the picture?
Correct!
Wrong!

On a parfocal lens, you can
Correct!
Wrong!

Your shot will be shaky if
Correct!
Wrong!

Can you get the perfect score on this photography quiz? I got %%score%% of %%total%% right

John Aldred is based in Scotland and photographs people in the wild and animals in the studio. You can find out more about John on his website and follow his adventures on YouTube.

Dunja Djudjic is a writer and photographer from Novi Sad, Serbia. You can see her work on Flickr, Behance and her Facebook page.

Alex is a commercial photographer based in Valencia, Spain. She mostly shoots people and loves anything to do with the outdoors. You can see her work on her website and follow her Spanish landscape adventures on instagram.

Adam Frimer is a Guinness World Record holder, producer, and DOP based in Tel-Aviv, Israel. Adam owns a production company that specializes in corporate marketing and brand strategy. His videos have collectively hit over a quarter billion views