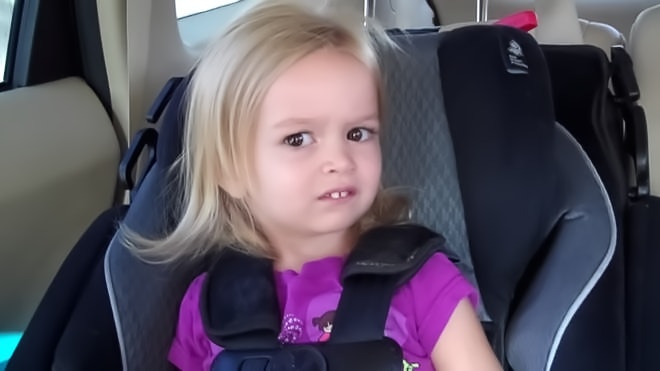 On September 12th, 2013, Chloe Clem's mom uploaded a video titled "Lily's Disneyland Surprise… AGAIN," featuring two sisters reacting to a surprise trip to Disneyland. As older sister Lily breaks into tears of joy, Chloe is seen with a disinterested look on her face. After gaining traction on Tumblr, Buzzfeed featured Chloe claiming it was "The Only Reaction You’ll Need For Anything Ever."

This authenticated 1/1 NFT is offered by Chloe and her family. She remains unimpressed.

More from this creator